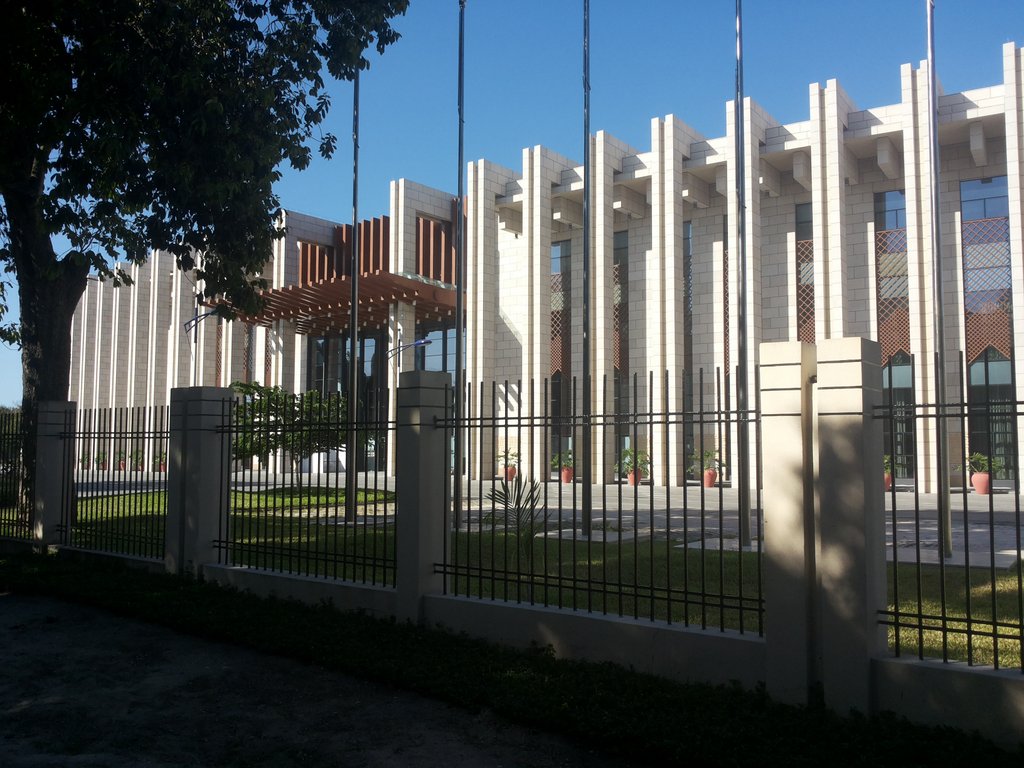 The Heads of State and Government of the Southern African Development Summit is scheduled for 17th to 18th August, 2019. This article aims at highlighting some few activities that can be done within limited time, and at a demanding schedule. It gives a general over view of how one can wisely take advantage of attending the Summit, and make a quick tour without compromising his primary objective.

Hosting SADC Summit in Tanzania since 2003 is something that majority of Tanzanians cannot wait to see. There are series of documentaries aired in the National Television sensitizing the mass about the Summit. In various print media, there are series or articles narrating the genesis of SADC and its relevance to the economic emancipation to Member States.

There is a sense of excitement and euphoria in Tanzania as Dar es salaam is eagerly waiting to host the Summit. Among other reasons for the excitement is the fact that, the current President, John Pombe Magufuli popularly known as the Bulldozer for his stance on corruption, will take over the rotating leadership of the regional organization from his Namibian counterpart, Hage Geinngob.

Mr. Magufuli’s government is currently advocating industrialization an agenda that coincide with SADC’s Industrialization Strategy and Road Map adopted in 2015 in Harare, Zimbabwe with a view of increasing impetus towards strengthening the comparative and competitive advantages of economies of SADC region.

The strategy and roadmap is built on three main pillars namely, industrialization, competitiveness and regional integration, where Strategic interventions for each of these pillars are proposed in the action plan.

These includes an improved policy environment for industrial development, increased volume and efficiency of public and private sector investments in the SADC economy, creation of regional value chains and participation in related global processes, as well as increased value addition for agricultural and non-agricultural products and services.

Therefore for most of elite Tanzanians, the Summit is relevant to the country because apart from being its founding member, it also carries industrialization agenda which is also a national agenda under President Magufuli.

It should also be noted that, SADC Executive Secretary, Dr. Satagomena Lawrence Tax is a Tanzanian, therefore, other Tanzanians are also welcoming back home their very own daughter, sister and a lovely mom, Dr. Tax.

While almost everything is set for the Summit; there is one agenda which normally comes in delegates minds whenever they are attending a Summit. That agenda is how to take advantage of being in the host country to appreciate its beauty, without compromising the primary objective; that is attending the Summit. 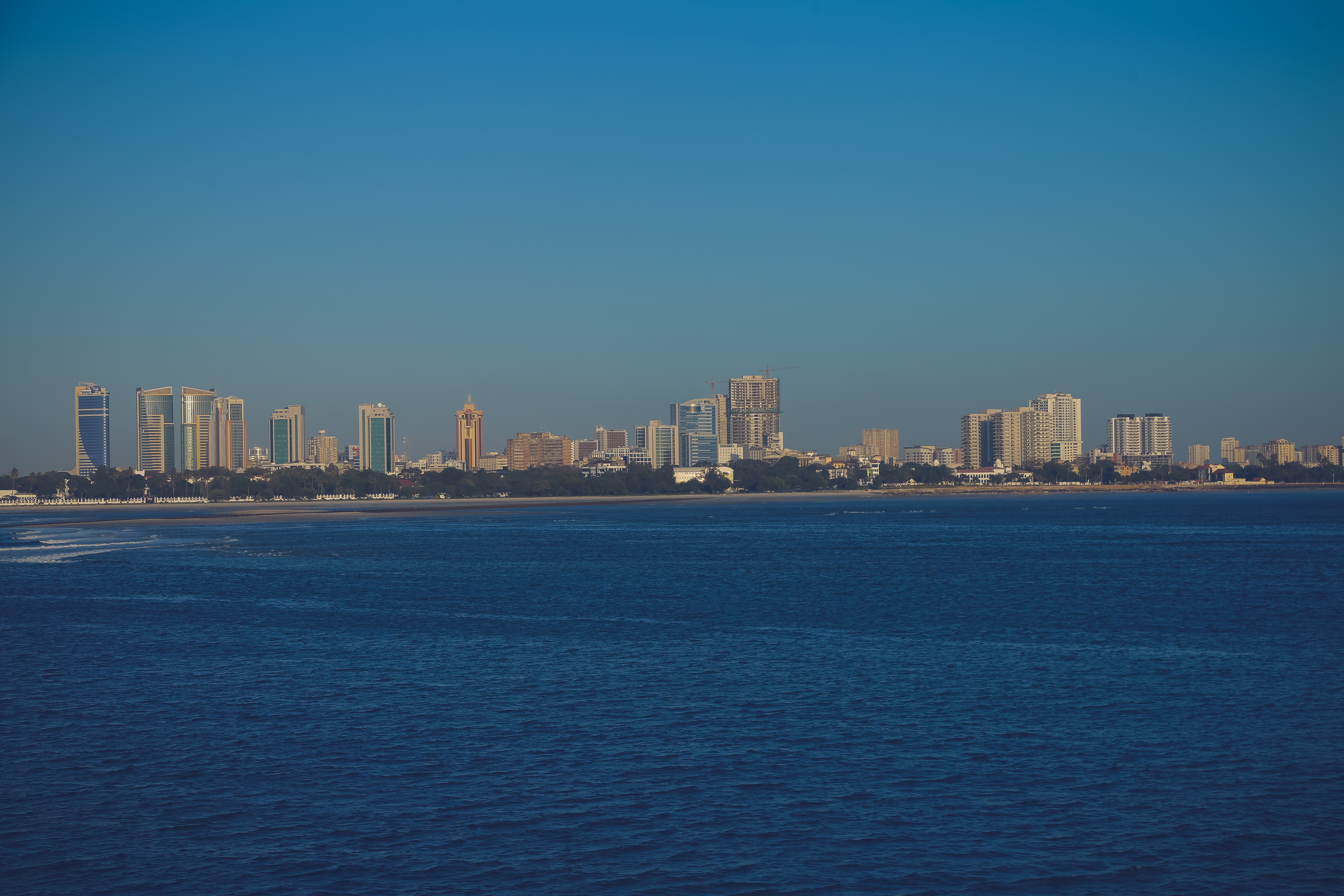 Dar es salaam is a melting pot of cultural influences, Arab, Indian, German and British influences which can be found in the city’s architectures. Equally, Sikhs, Muslims, Hindus, and Christian co-exist peacefully, with the wail of Azan blending with the sound of church bells in the mornings.

While in Dar es salaam you will experience and observe cultural tolerance and see fascinating mixture of old and new architecture designs. Dar es salaam is built on high class old designs and modern architectural designs which makes the City more beautiful and appealing for memorable pictures.

While in Dar es salaam, you may wish to arrange a city seeing trip where you will get to see some key historical buildings, churches with fascinating historical attachment as well as the National Museum where you will learn where this nation came from and which values we hold with high esteem and why so.

At the very museum you will also get some pictorial narration about Tanganyikan independence struggle, the first Tanganyika Cabinet, process that lead to the Union between Tanganyika and Zanzibar to form the current United Republic of Tanzania, the first Union Cabinet among others.

The museum will also take you some years back where some remaining First and Second World War tanks will be revealed to you. Equally, you will get an opportunity to see official vehicles that were used by the founding father of Tanzania during and after independence struggle.

The National Museum is within the Central Business District, and it is a working distance from the conference hall, however it closes at 06:00 pm, therefore, during tea break you can spare some few minutes and take a walk to the Museum.

While in Dar es salaam, you cannot afford to leave without tasting natural foods. Get time to taste Tanzania traditional foods which are largely influenced by Indian and Arabs foods.

While this can be obtained at any food joint within the City, we will recommend the Makumbusho Village, where apart from Tanzanian dishes; you will get to know various traditions, customs and norms of more than 120 Tanzania ethnicities.

Dar es salaam was a second home to most of Southern Africa Freedom fighters such as Samora Machel and Edwardo Mondlane of Mozambique; Nelson Mandela of Republic of South Africa and Sam Nujuma of Namibia to mention but a few.

While you are in Dar es salaam, an arrangement can be made to take you to offices and buildings that they called home during liberation struggles. Since these buildings are allocated in different directions and localities, it is advisable that prior arrangement and selection be made in order to ease movements. Other buildings are under the care of respective Embassies; therefore you may also wish to enquire from your respective Embassy.

While you are in Dar es salaam, it is your opportunity to visit the first residence of Mwalimu Nyerere, at Magomeni before he relocated to Msasani. At the Magomeni residence, you will get to know better, the man who sacrifices a lot for the liberation of Southern African countries. 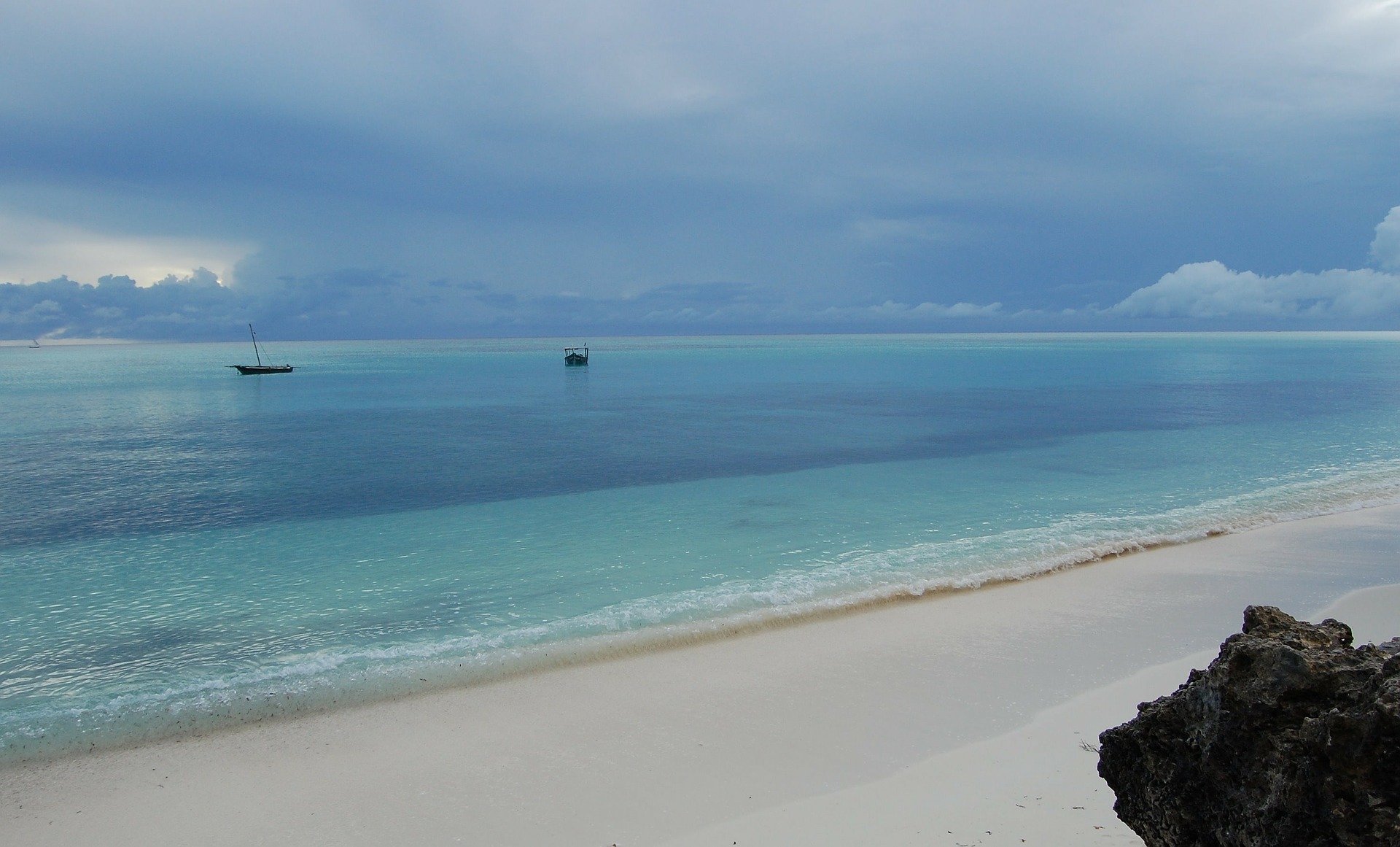 While at Mbudya Island you will realize why it is the most popular destination in Dar es Salaam. Snorkeling, sunbathing and hiking are some of activities to expect at Mbudya. More importantly, Mbudya is known for delicious fresh sea foods in Dar es Salaam.

Visiting Mbudya Island is highly recommended for soothing and refreshing after busy conference day(s). This is why Dar es salaam dwellers nicknamed it mini paradise Island. 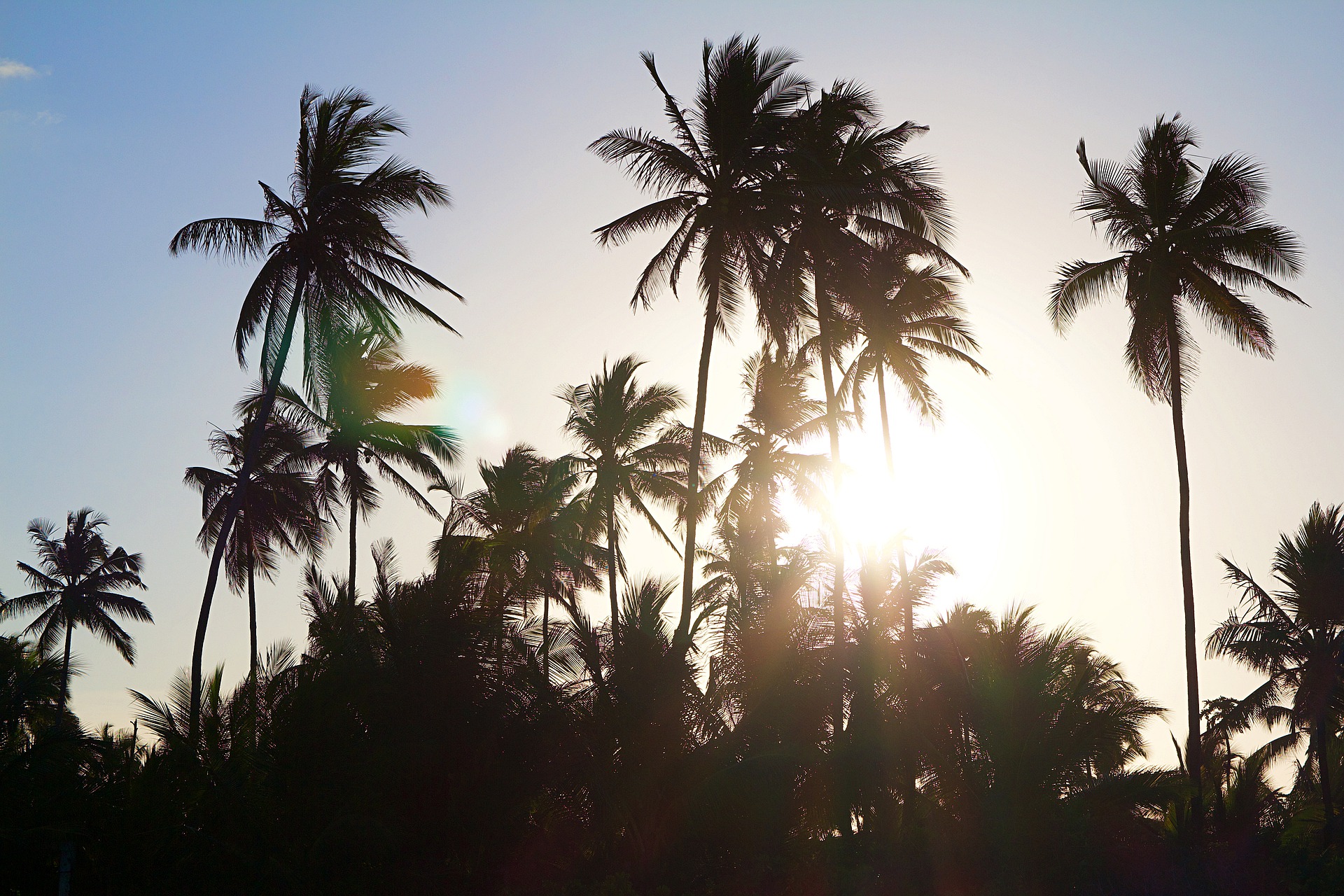 Another place that you may wish to explore while in Dar es salaam, is a historical town of Bagamoyo, the home town of the fourth President of the United Republic of Tanzania His Excellency Jakaya Mrisho Kikwete.

Bagamoyo, a centre for dhow sailboat building on Tanzanian coast, is a relatively quiet place with a few German colonial buildings still standing. Historically, Bagamoyo was far important than Dar es Salaam, although in the last century it has become a set of decaying ruins.

The town was originally the mainland terminus for the slave trade routes. In Swahili, Bagamoyo  means ‘lay down your heart’ it was here that those slaves who survived the three to six months walk from the country side, usually carrying ivory, eventually gave up all hope of freedom and returning  to their people.

While in Bagamoyo, which is about an one hour drive from Dar es salaam you will see the remaining Germany buildings, Arabs  architectures, Arab tombs, former slave market as well as old churches.

Most of attractions in Bagamoyo opens between 8:00 am to 3:30 pm, mostly opens during week days.  This can be a half day tour therefore; you should plan well to slot this tour in the morning. 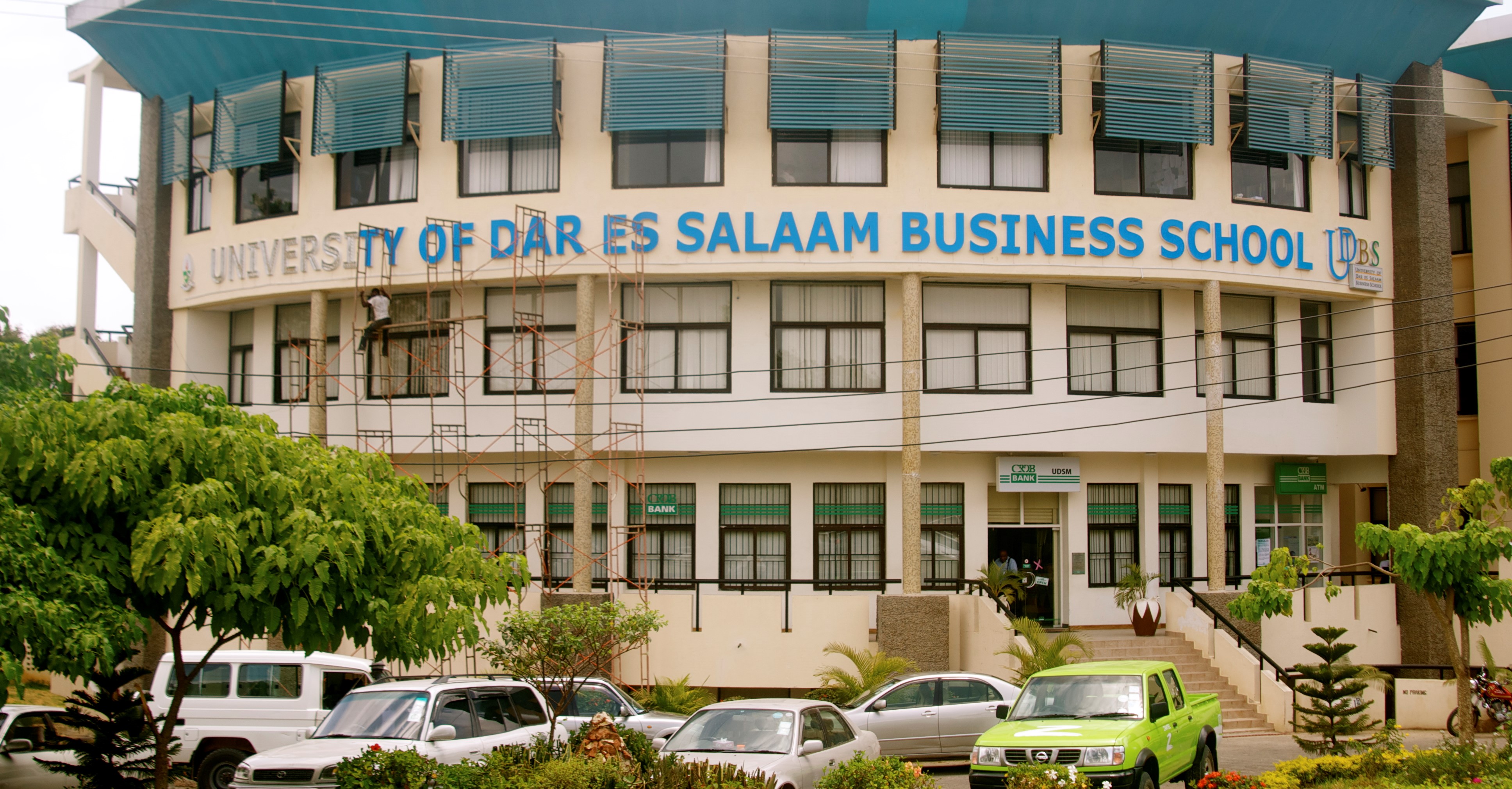 Your stay in Dar wouldn’t be complete if you don’t visit the University of Dar es salaam, University of Dar es Salaam or Mlimani as locals like to call it, is the oldest public university in the country, started in 1961 before it was officially established by parliamentary act in 1970. Located in the western side of the city, about 13 km away from the city center. University of Dar es salaam occupies a total area of more than 1,600 acres whereas a large area is covered with well-preserved trees and grasses which gives the university a unique greenish environment. When founded the university had only six faculties, namely faculty of medicine, engineering, agriculture, Law, faculty of social sciences and Institute of Kiswahili research. Currently the University of Dar es salaam, is considered to be the hub of academicians and scholars in the country, as it has the largest concentration of professors and PhD holders in the country. The University of Dar es salaam has enrolled and awarded honorable degrees to a lot of public figures individuals and politicians, including the current president of the United Republic of Tanzania, honorable John Pombe Joseph  Magufuli (nick namely, the Bull dozer), and his preceded president honorable Jakaya Mrisho Kikwete, others are Majaliwa Majaliwa Kassim, the current prime minister of the United Republic of Tanzania, former prime ministers of the united Republic of Tanzania, Mizengo Kayanza Peter Pinda and Edwrad Lowasa. 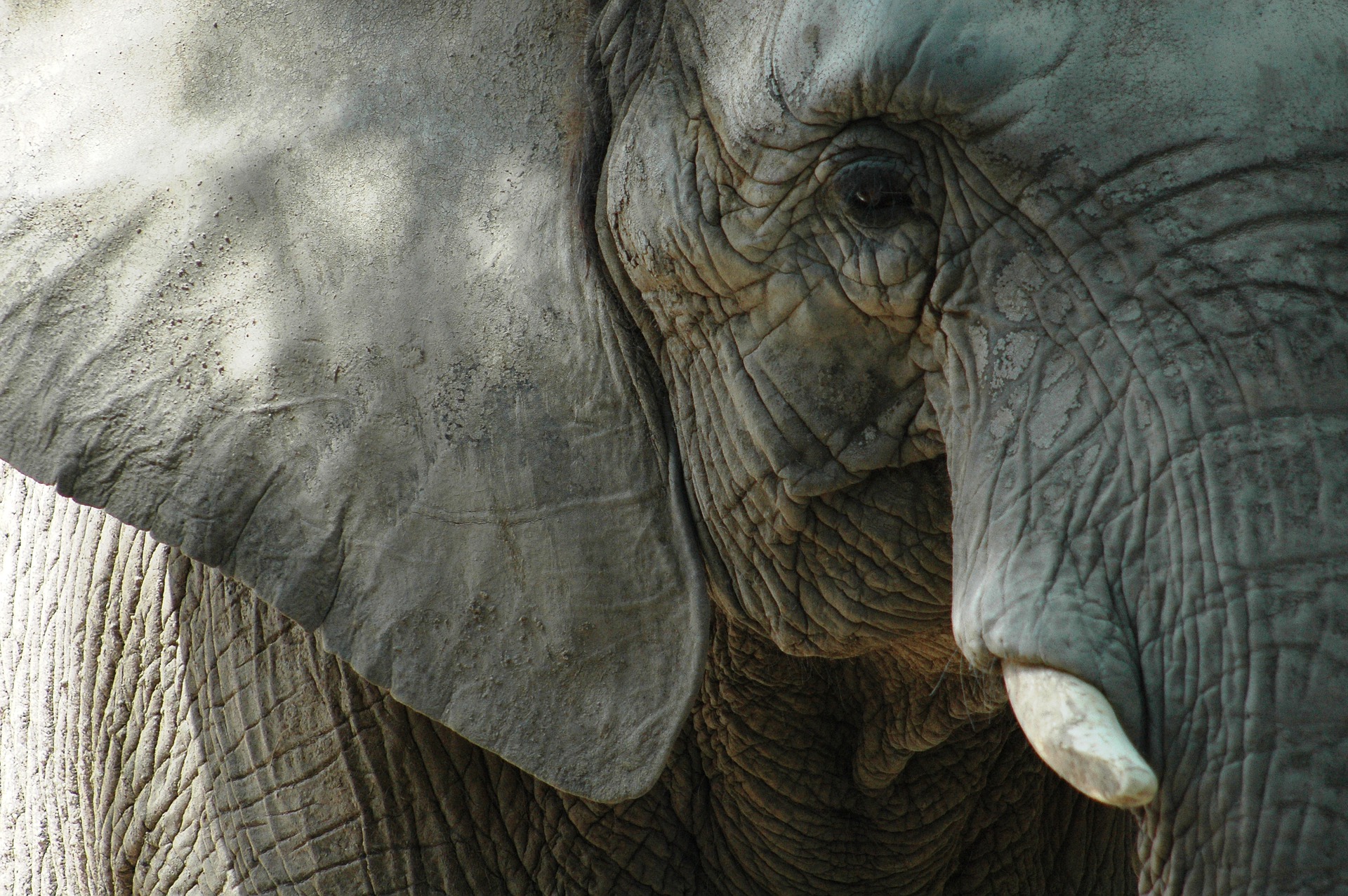 Despite your busy schedule during the Summit, you still wish to encounter with the magnificent beauty of the Mother Nature and wildlife?. Mikumi National Park is your answer.

Who should arrange your tour while in Tanzania?

If you think of touring in Tanzania, think of Wildtaina Safaris Limited, a registered tour operating company in Tanzania ready and willing to making your experience memorable. We are just here to make your wish comes a reality, without hustles.

We know the language, the laws and the culture, above all, we are professionals knowing what we are doing and what is expected from us, therefore, choosing working with us will not be a regrettable decision.

We make sure that there is value for money for every service that we render; we have a passionate, dedicated, innovative and experienced team to serve you. We have competitive and affordable tour packages prices to suit your budget. We can also arrange a tailor made package to suit your plan.

We welcome you to the unforgettable Tanzania, and we wish you fruitful deliberations in the 39th SADC Summit.